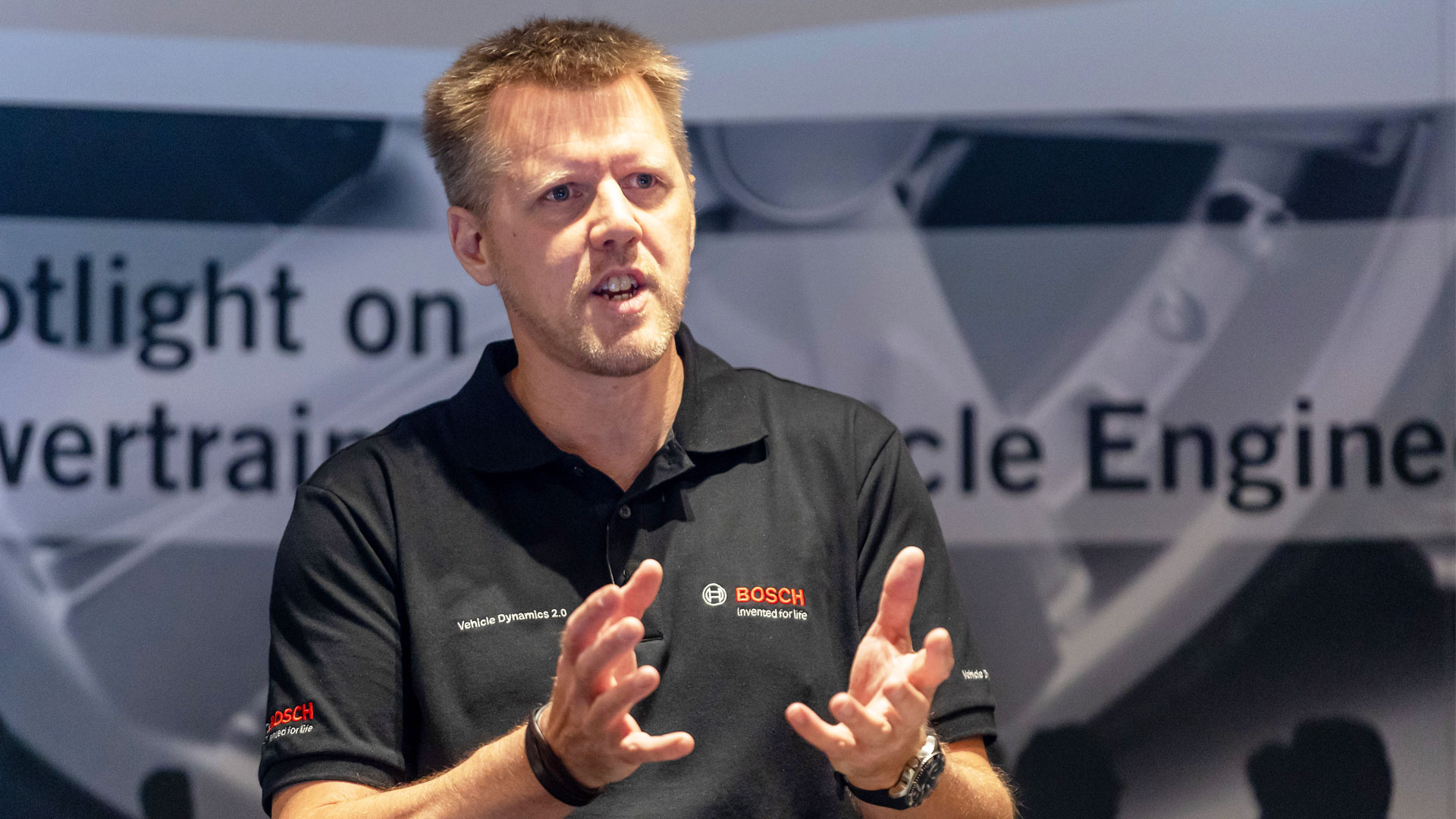 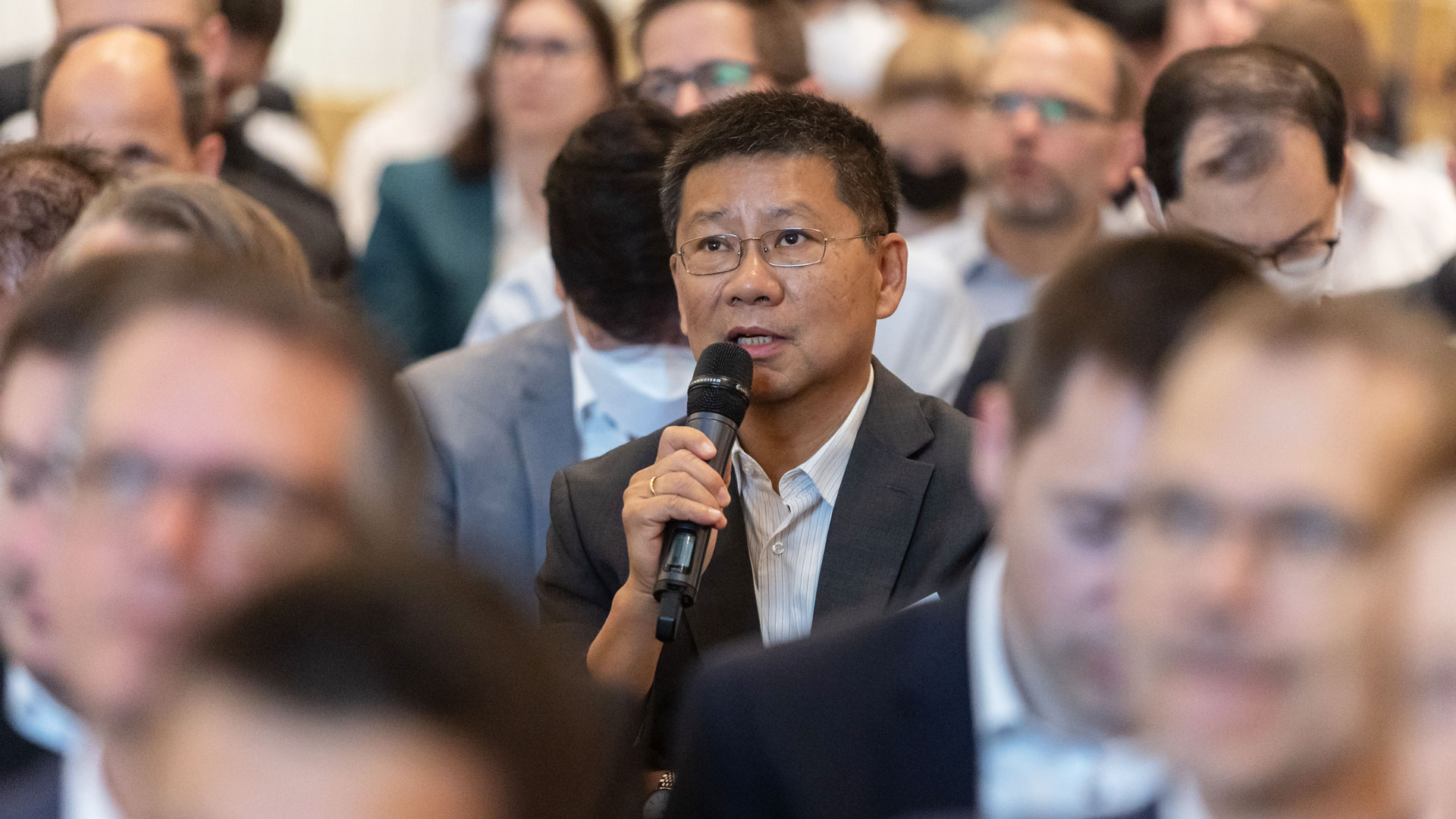 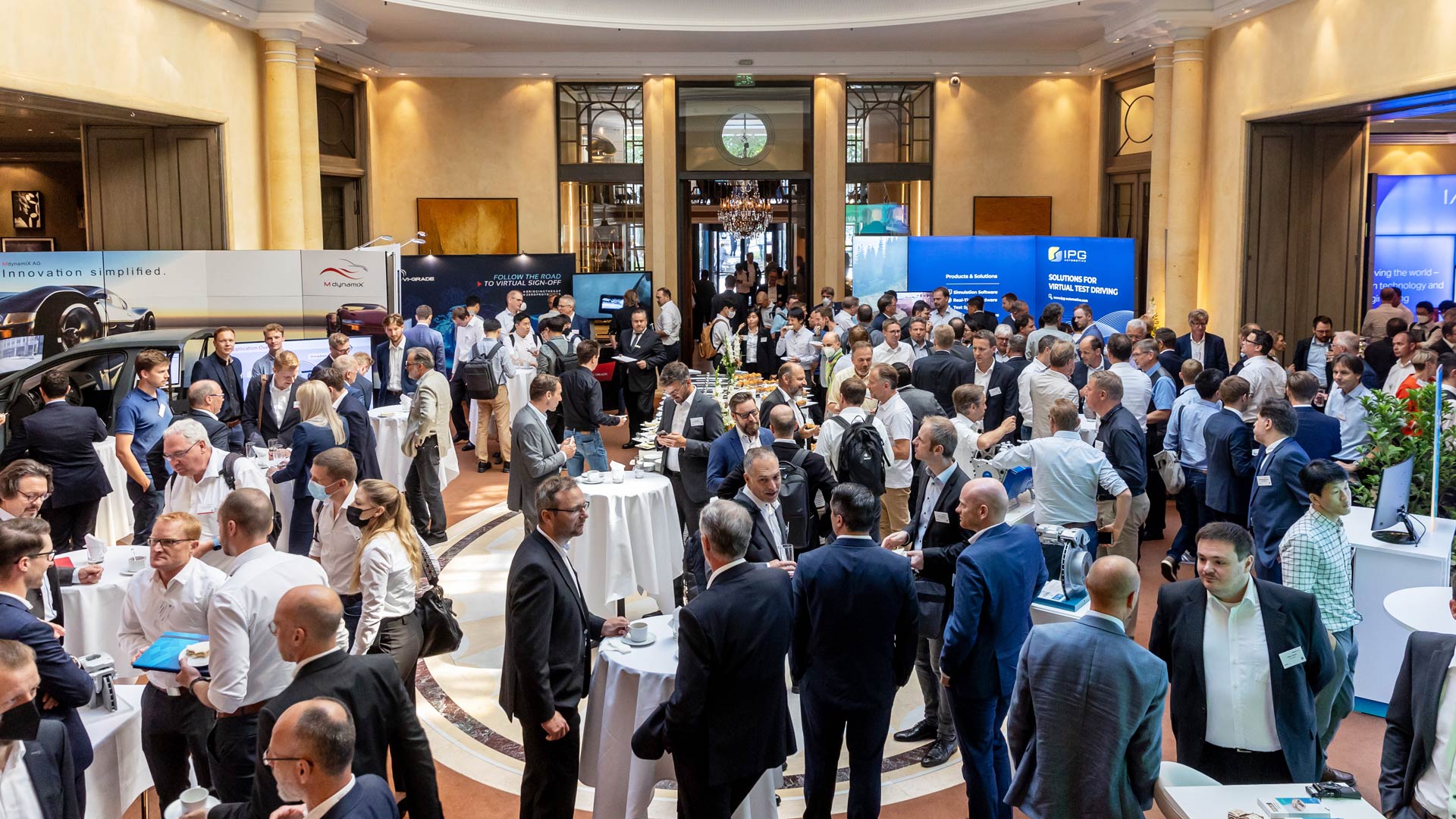 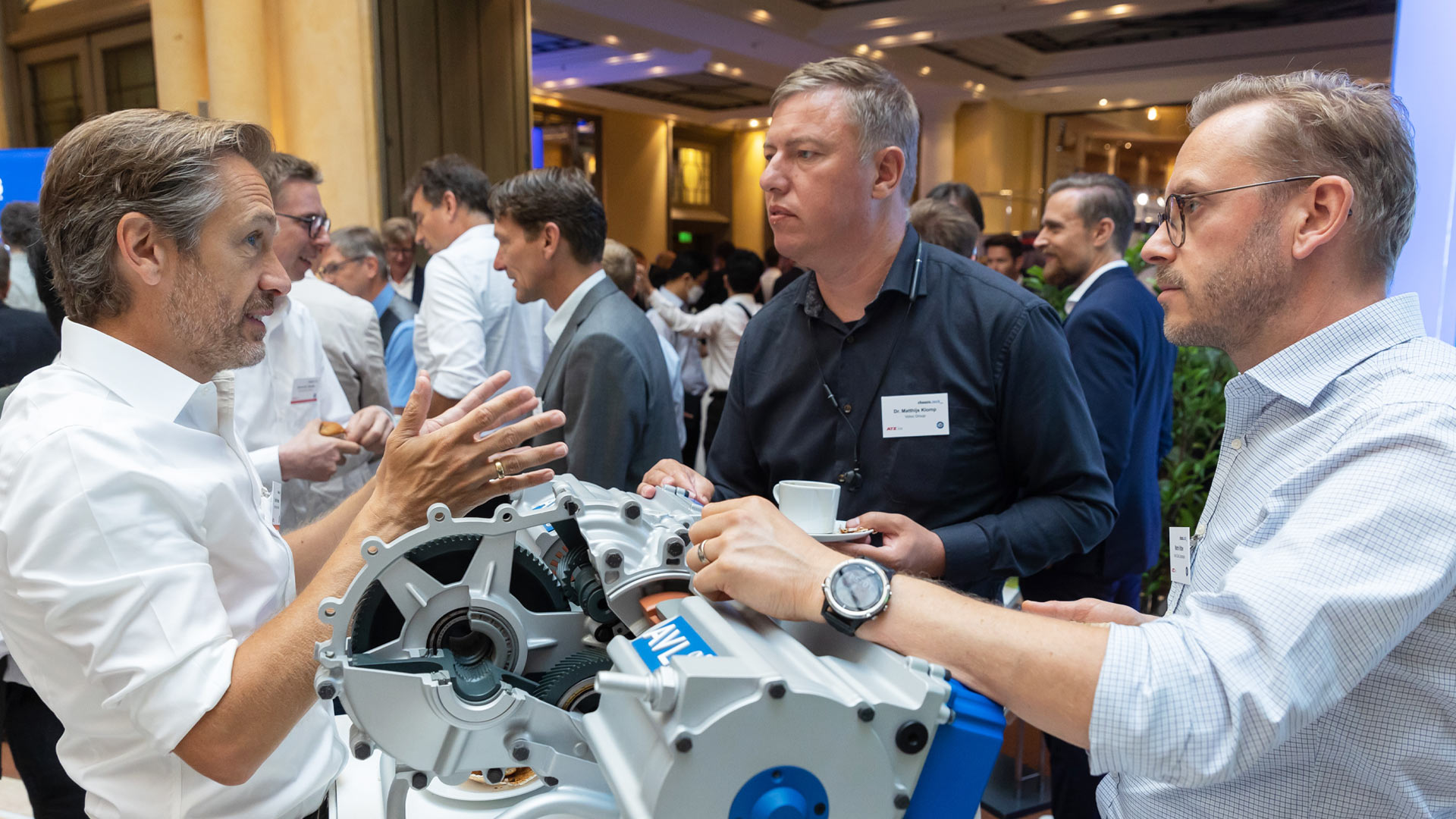 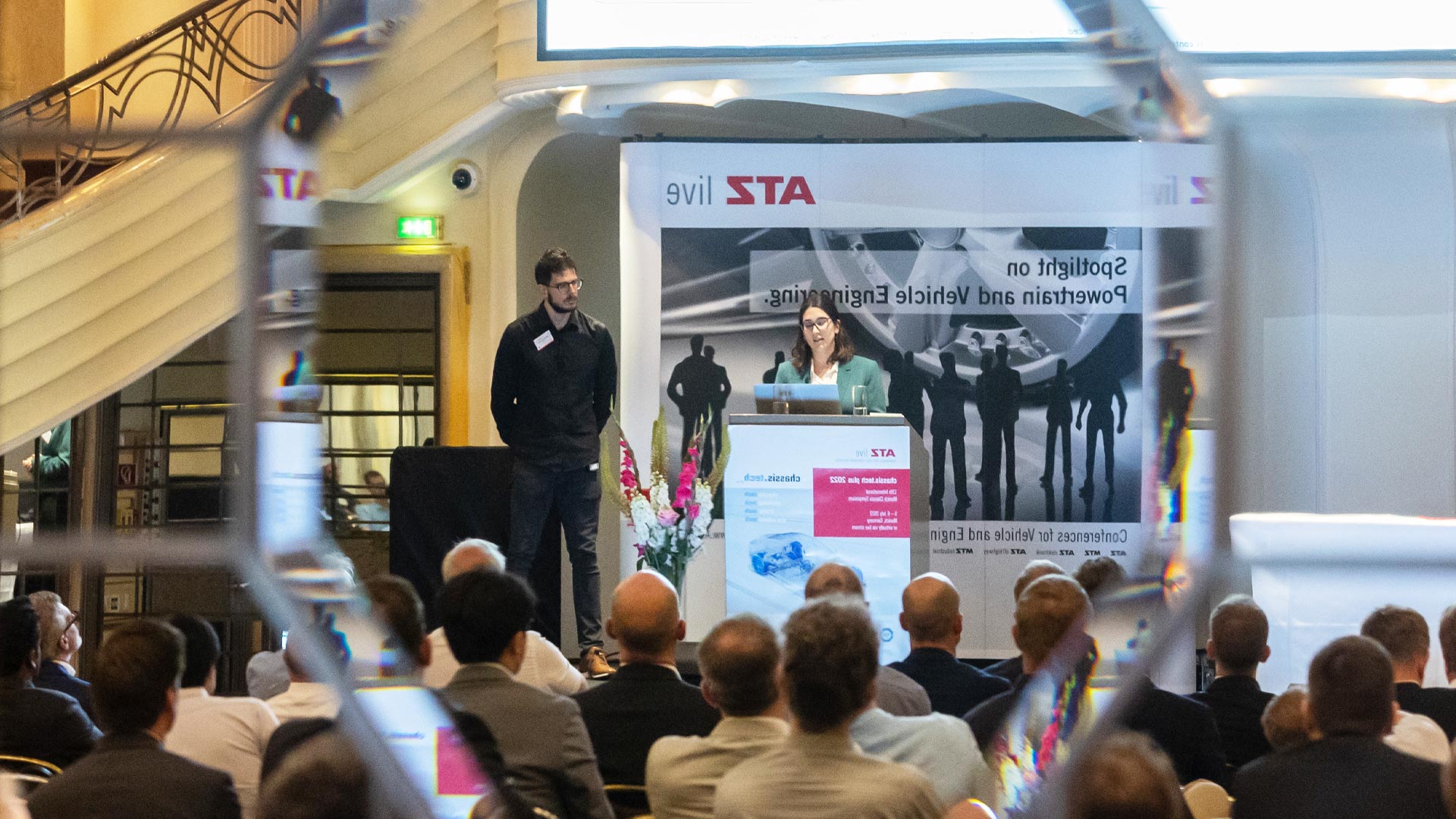 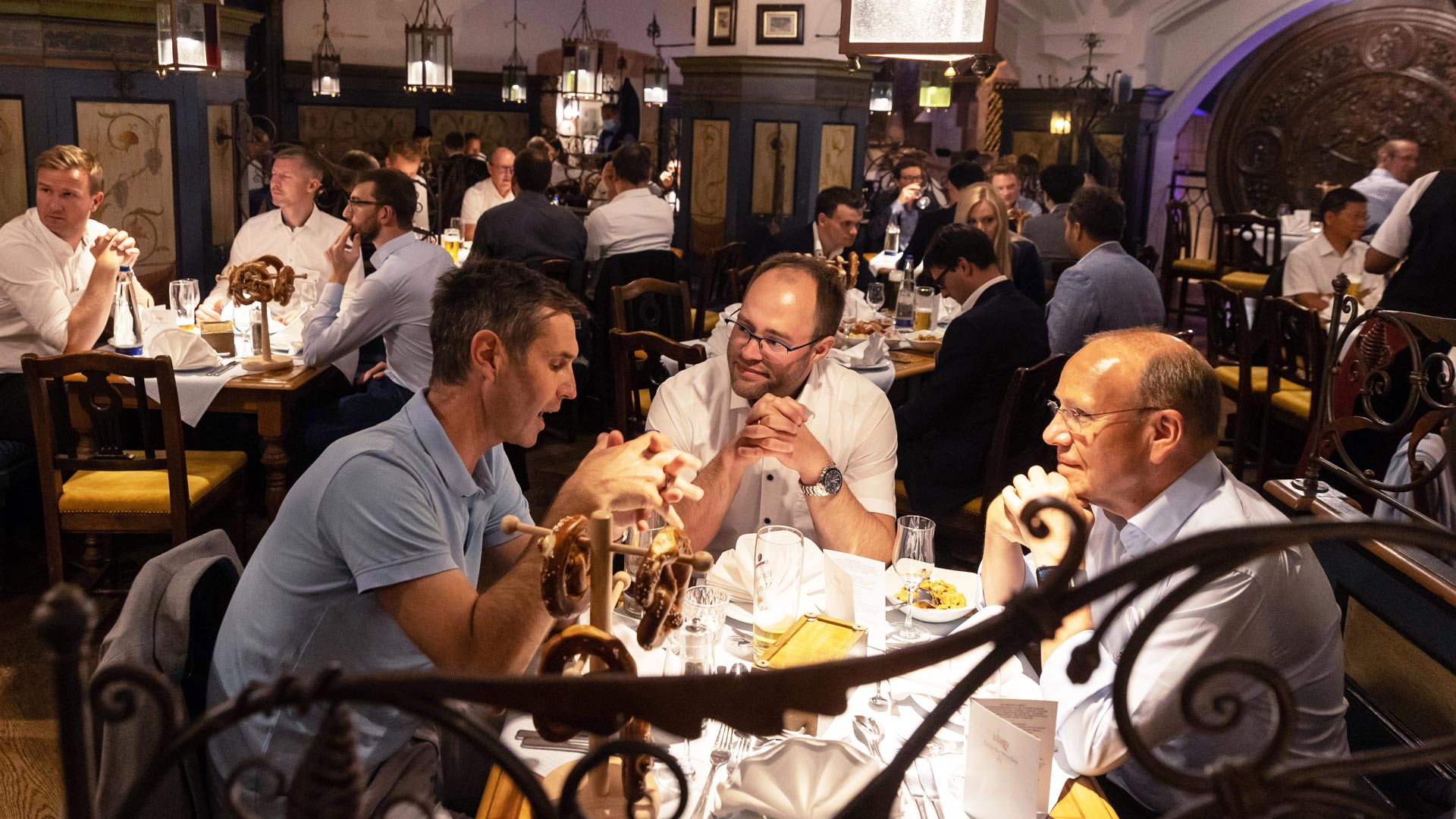 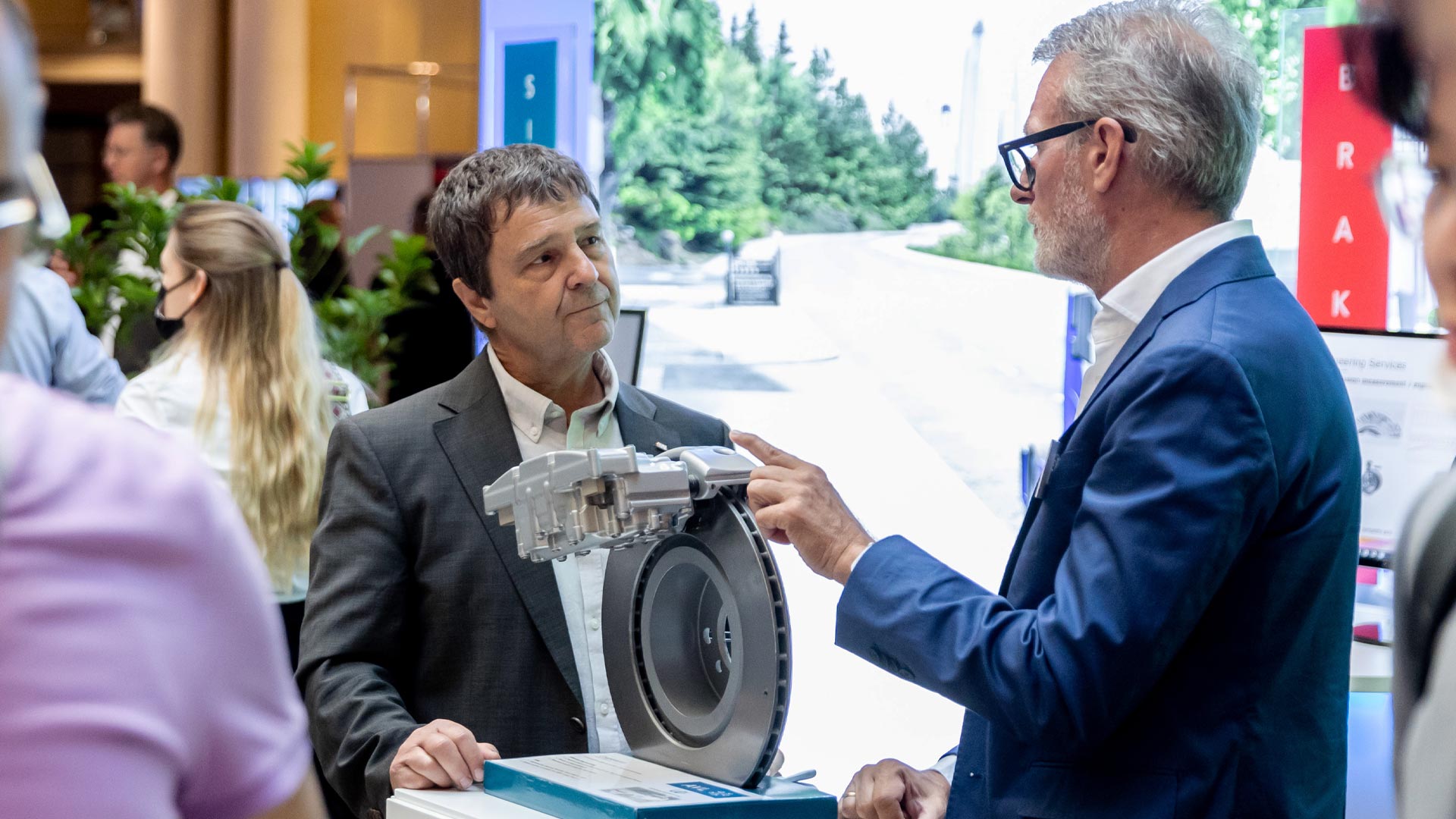 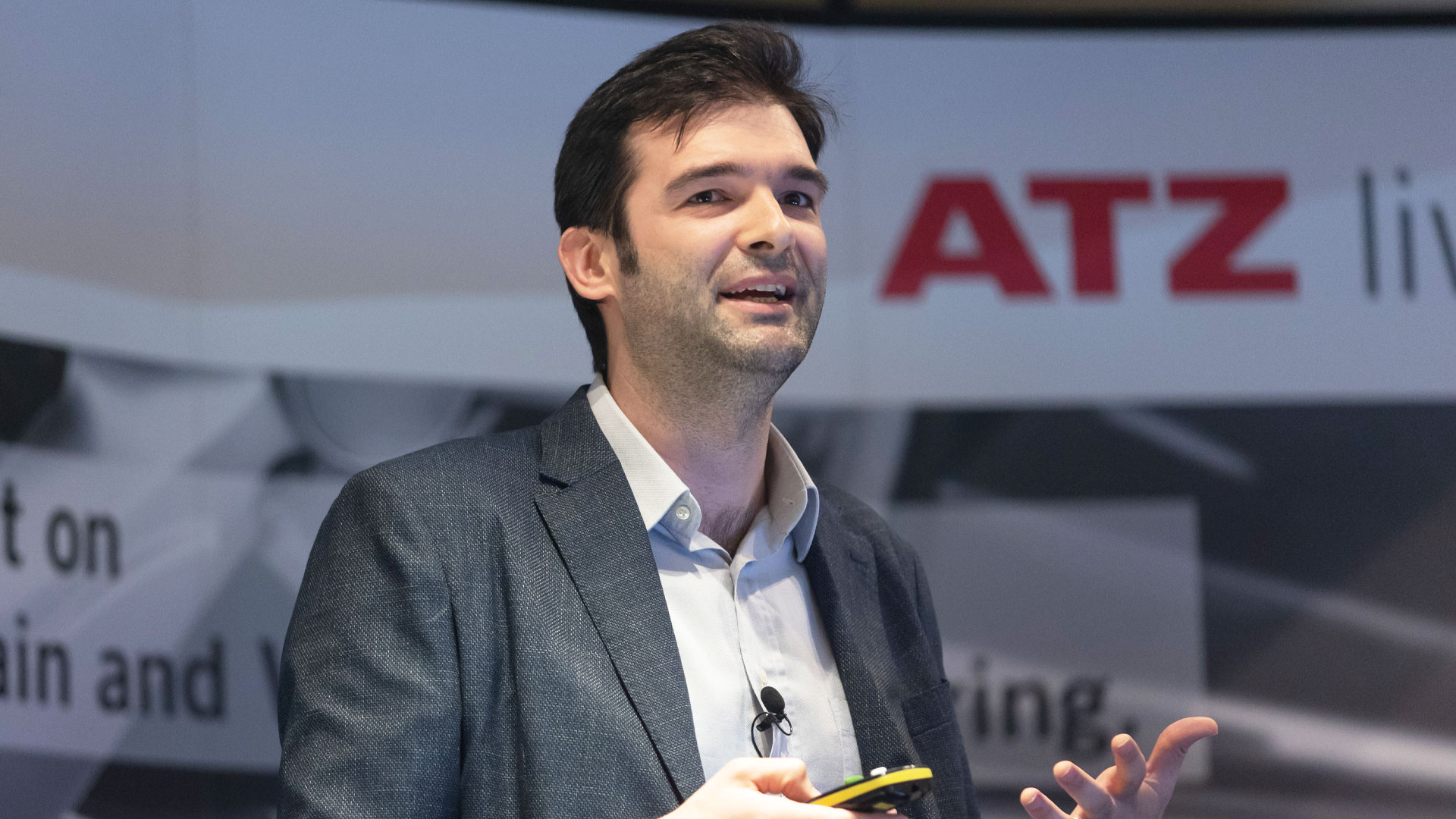 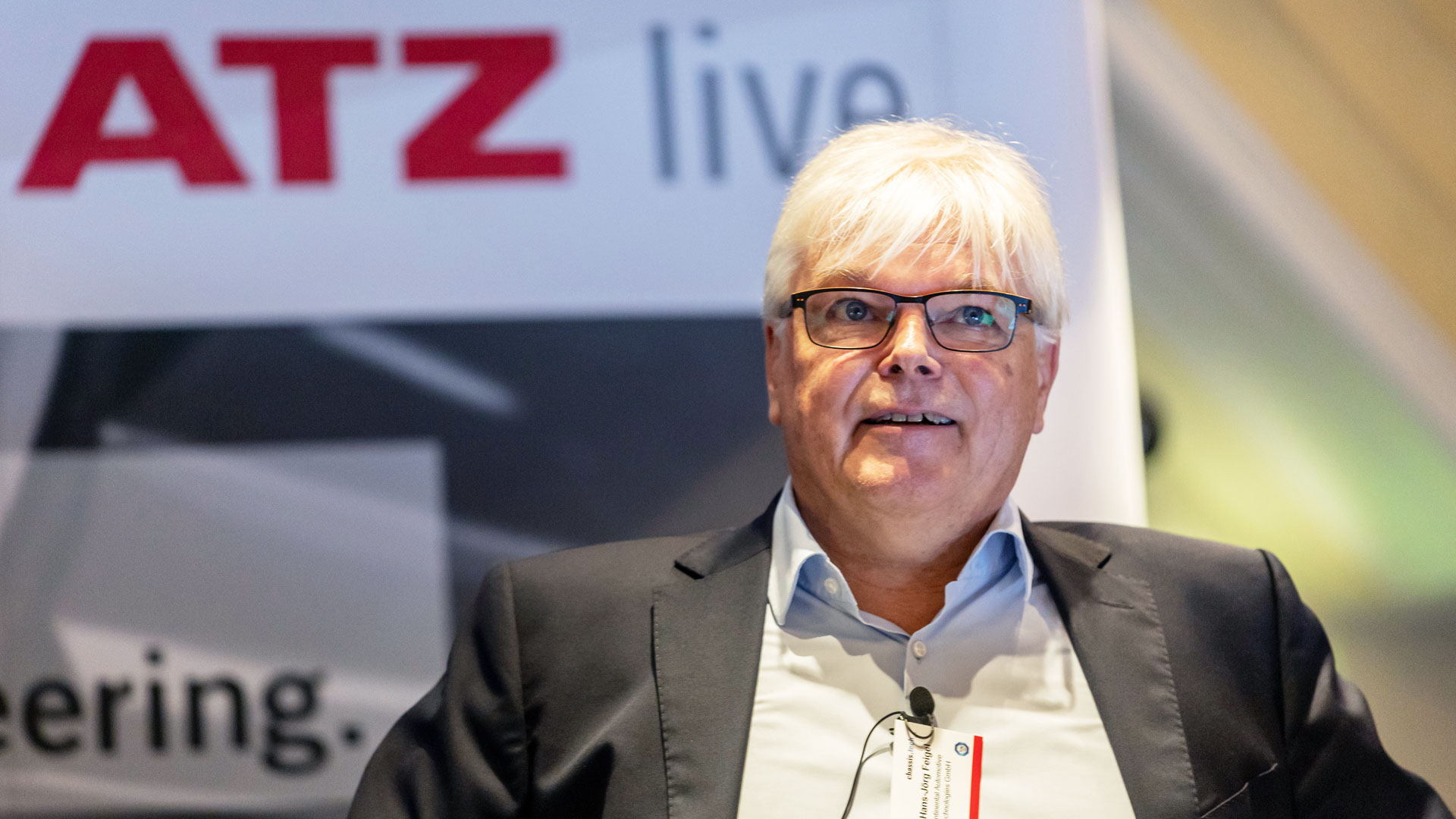 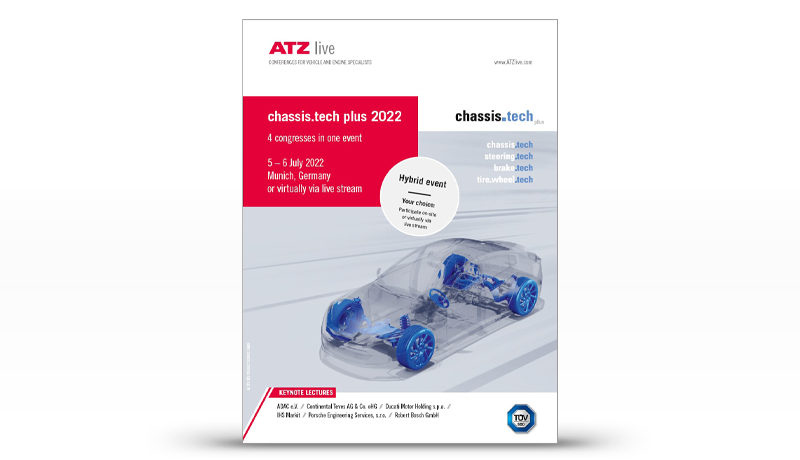 There was a mood of excitement when, after a two-year break because of the pandemic, the 13th chassis.tech plus was at last held again as an in-person event. More than 300 participants traveled to Munich and were obviously pleased to be able to meet face-to-face once more. Together with the 100 people who took part via live stream, they held in-depth discussions on the latest trends in chassis development, which ranged from the influence of software to the importance of sustainability.

The chassis symposium was organized by ATZlive in cooperation with TÜV Süd. Over 400 attendees took part on July 05 and 06, 2022, (in person and via live stream). The symposium focused on two key trends: software and sustainability. The Scientific Director, Professor Peter E. Pfeffer from Munich University of Applied Sciences, aptly summed up the first of these themes at the end of the event when he said: “It’s all about software, software and software.” He highlighted in particular the ongoing development of the processes and the increasingly professional methods, together with the influence of the software-defined vehicle, which is also having an impact on chassis design. As far as development tools are concerned, driving simulators of different kinds will become increasingly important for the creation of good products and will fill the gap between computer simulation and real road trials. All of this is not merely an end in itself, but is done with the aim of cutting costs and shortening development times.

The second theme – “the sustainability of the chassis” – attracted considerable attention. Hans-Jörg Feigel from Continental came up with the motto “The sustainability quota is the new horsepower” in his keynote speech on the first day. More and more vehicle manufacturers are requiring their suppliers to take substantial measures to reduce the carbon footprint of their products and their companies along the entire supply chain. In future chassis systems, modularization offers significant potential for improving sustainability. The smaller number of control units will reduce the use of resources and the amount of cabling needed. In addition, modules can be reused. The option of updates ensures that the car will have a longer service life. Brake-by-wire systems are more environmentally friendly because of their lower losses and lack of operating fluids.

In purely mechanical and electrical systems, Feigel expects changes of a more evolutionary nature to take place. By contrast, the revolutionary transformation will occur in the area of self-driving vehicles and cars used as second homes. The solution for both of these developments lies in a new software architecture that is modular and scalable and can be adapted to each application, as well as allowing for over-the-air updates. The keyword in this respect is “software as a product” which will result in “major changes to our current business models.” Just as the integral body with the safe passenger compartment became a standard feature of cars and was mastered by the engineers of the time, so steer-by-wire and brake-by-wire systems now open up new possibilities for packages, modularization and different applications.

In his keynote speech, Helge Westerfeld from Bosch emphasized the fact that the work on vehicle dynamics control was by no means at an end. Its origins lie in the development of the Electronic Stability Program (ESP) system by the automotive supplier Bosch and the car manufacturer Daimler way back in 1995. However, the cooperation between carmakers and suppliers will have to change significantly with the introduction of new assistance systems for automated driving. The coexistence of systems from level 0 to level 4 remains an issue. A distinction needs to be made between vehicle motion control and the vehicle motion management system developed by Bosch which represents a more integrated approach to vehicle dynamics control. This opens up new dimensions in model-based control systems and multi-actuator integrations that will increase road safety, ride comfort and driving pleasure.

Patricio Barbale from IHS Markit, which is now a subsidiary of S&P, focused in his plenary presentation on the market penetration of assistance systems for automated driving. The figures he quoted reflected a certain disillusionment with the trend for automation, because the other key trend of electrification is taking off at a much faster rate. In 2019, the prediction was that electric cars would make up only 14 % of global sales by 2031. However, the current estimate (in 2022) is the impressive figure of 41 % for 2031. By contrast, the proportion of vehicles with level 3 functions is expected to rise from 2 to only 4 % in Europe, from 3 to 4 % in China and from 4 to 7 % in North America between 2026 and 2033. Barbale believes that the market penetration of Electro-hydraulic Brake (EHB) systems in particular will be good and expects the market share to reach 60 % by 2033. The next step will be toward electro-mechanical brake systems, which are likely to have a market share of between 5 and 10 % by 2033.

The date for the next chassis.tech plus was announced during this year’s symposium in the Hotel Bayerischer Hof. The chassis community will come together once again on June 20 and 21, 2023, to hear many interesting presentations about the latest innovations in chassis systems. Hopefully there will be the same mood of excitement next year.