Please enter your username or email address. Instructions for resetting the password will be immediately emailed to you.

Panel discussion: The internal combustion engine in regenerative energy sytems of the future 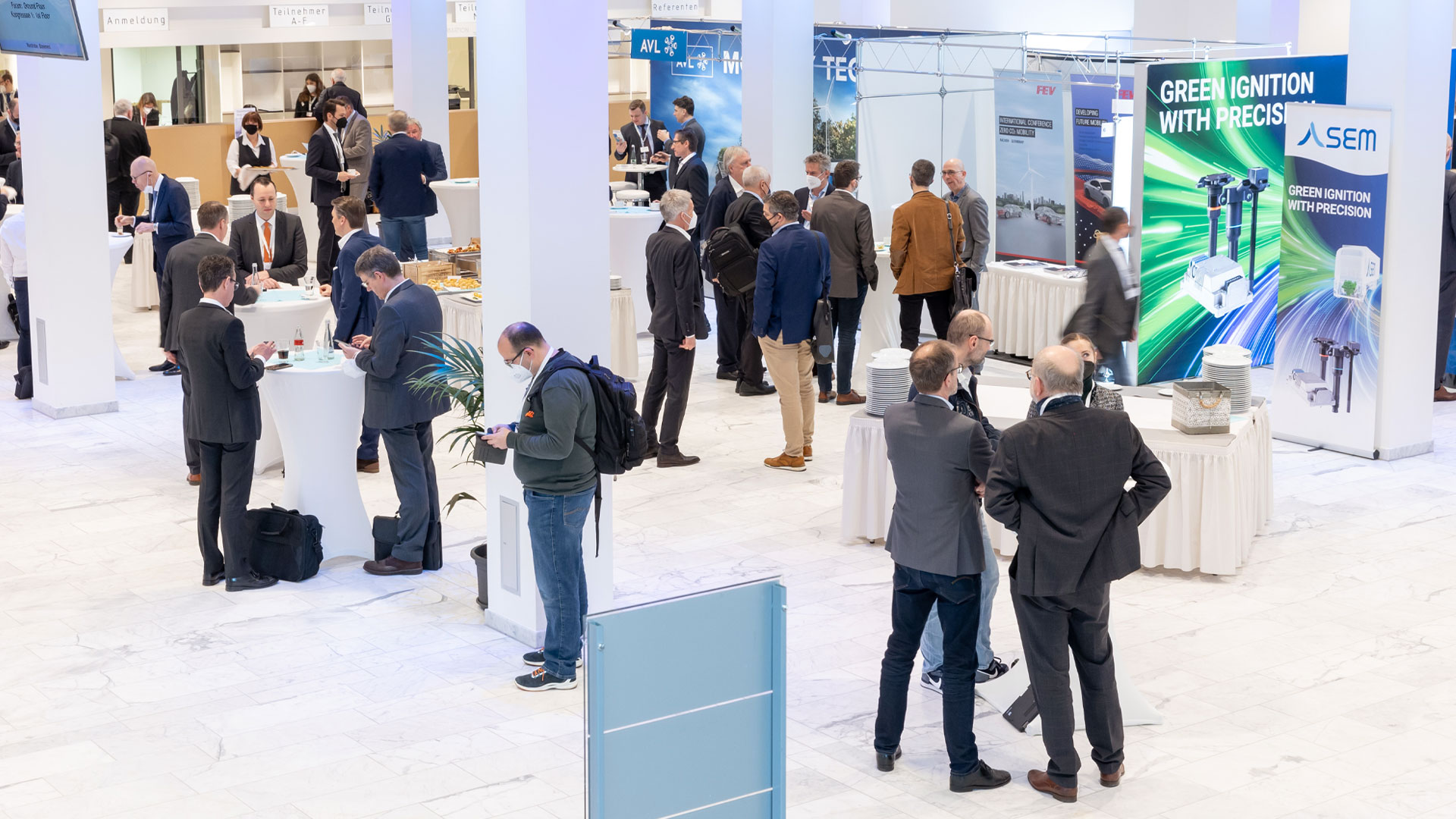 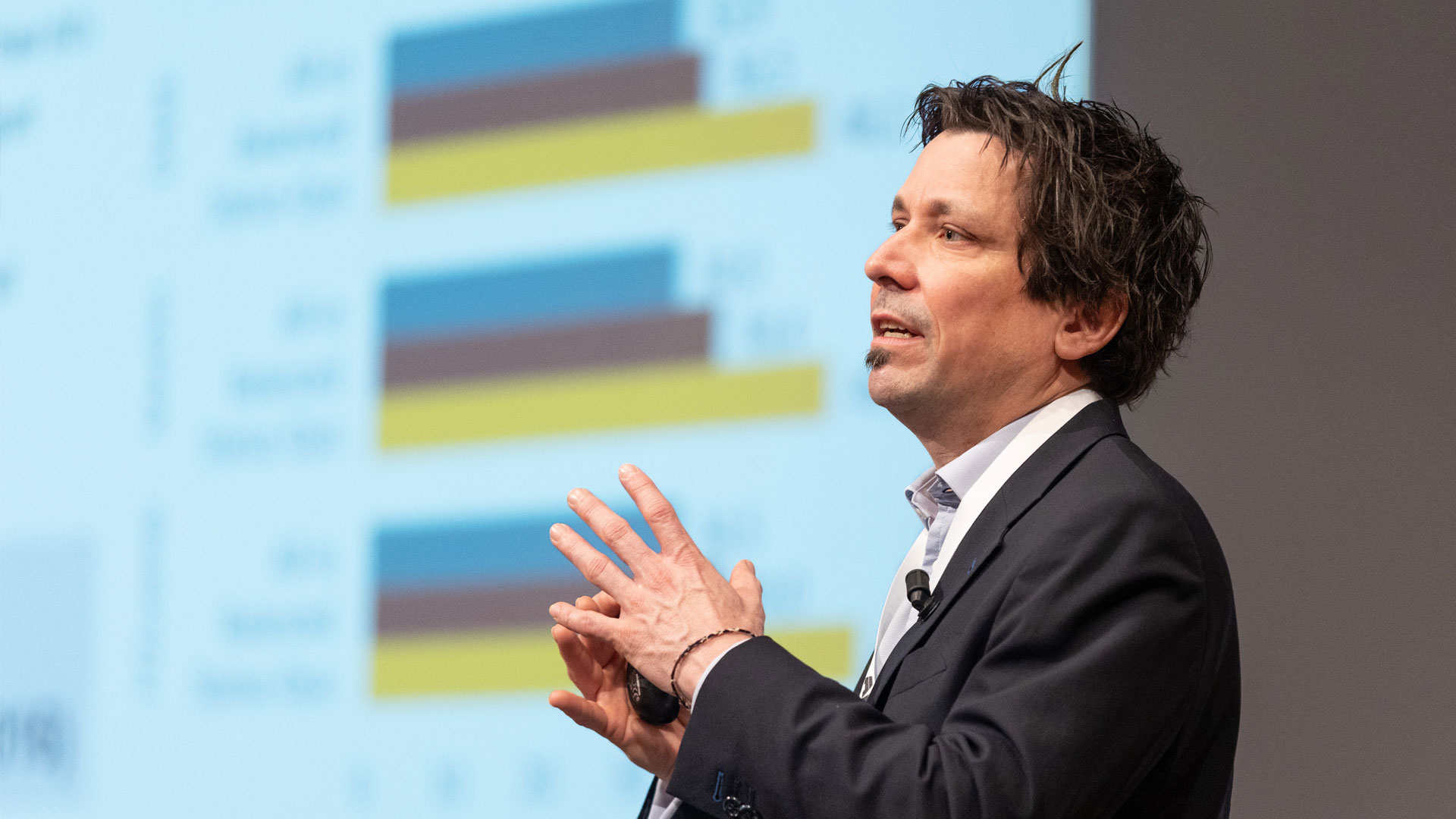 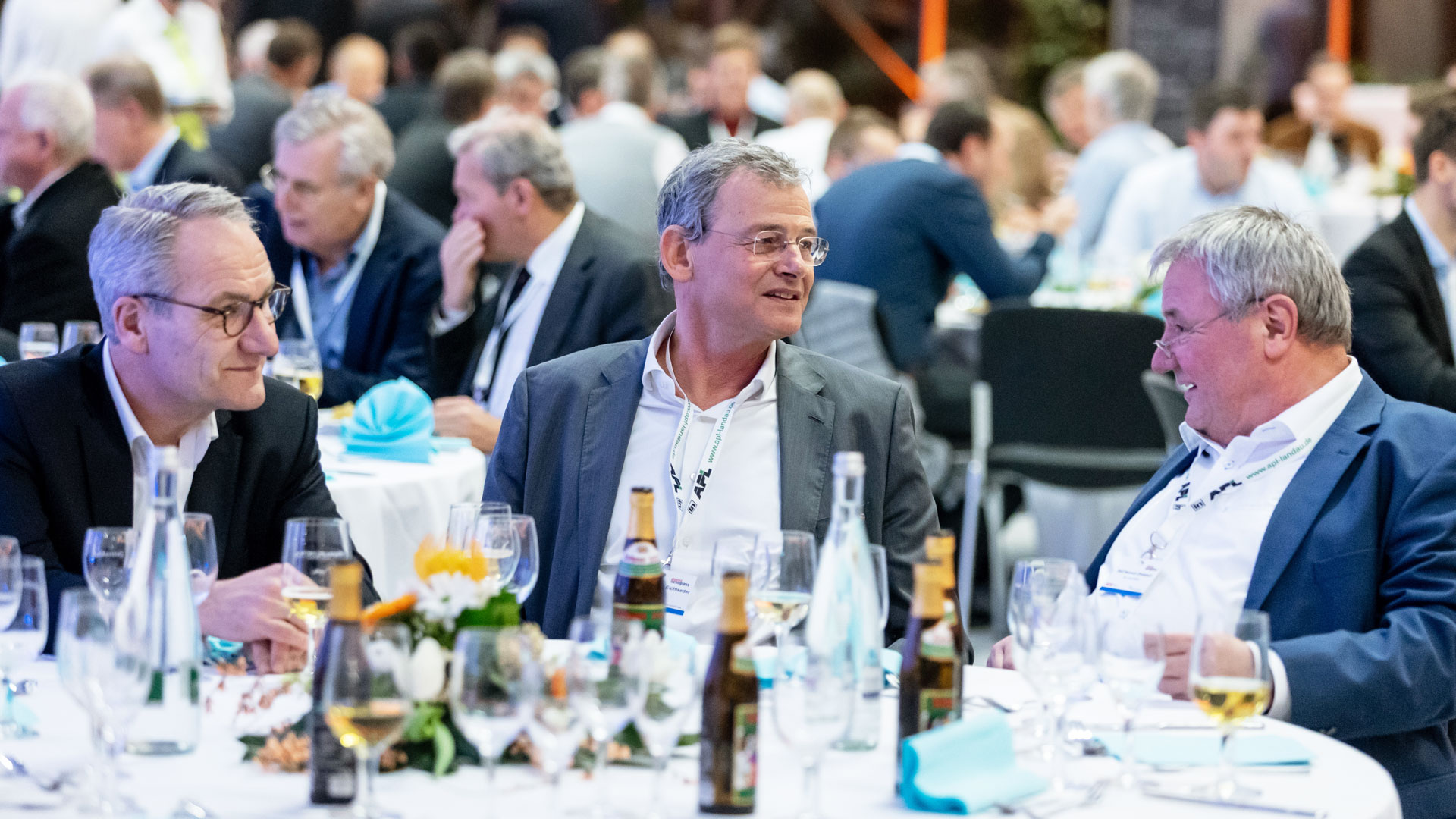 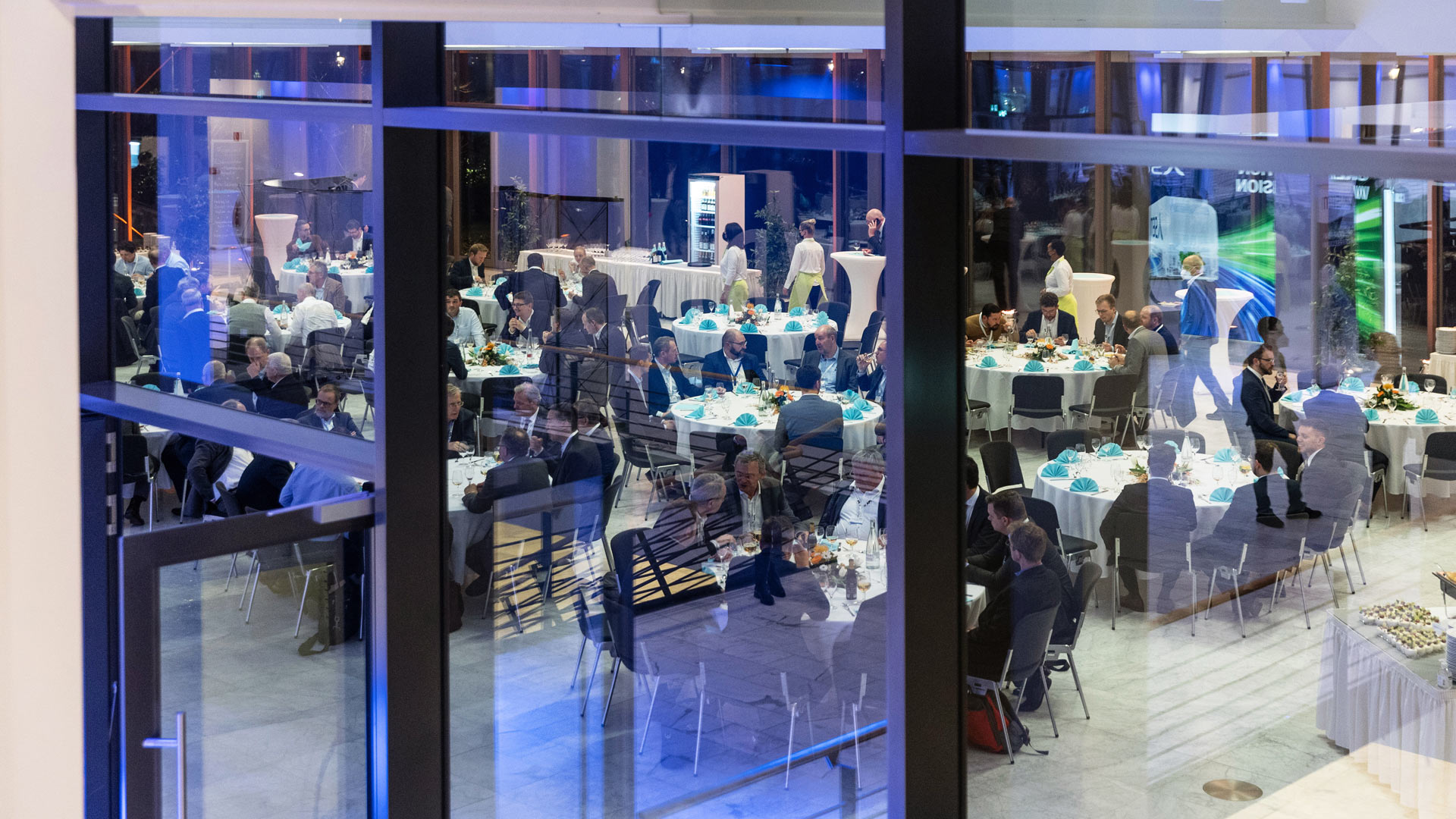 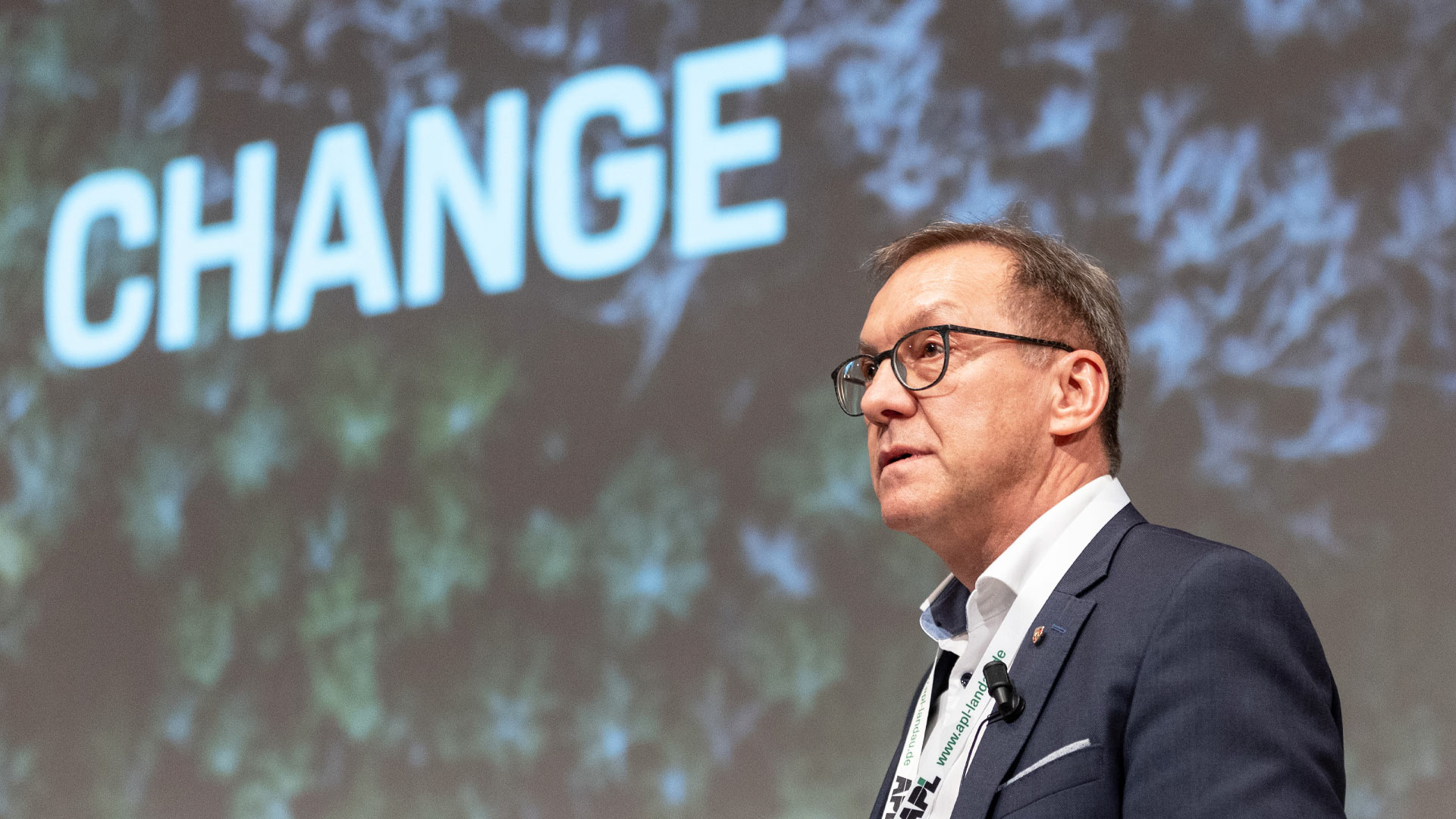 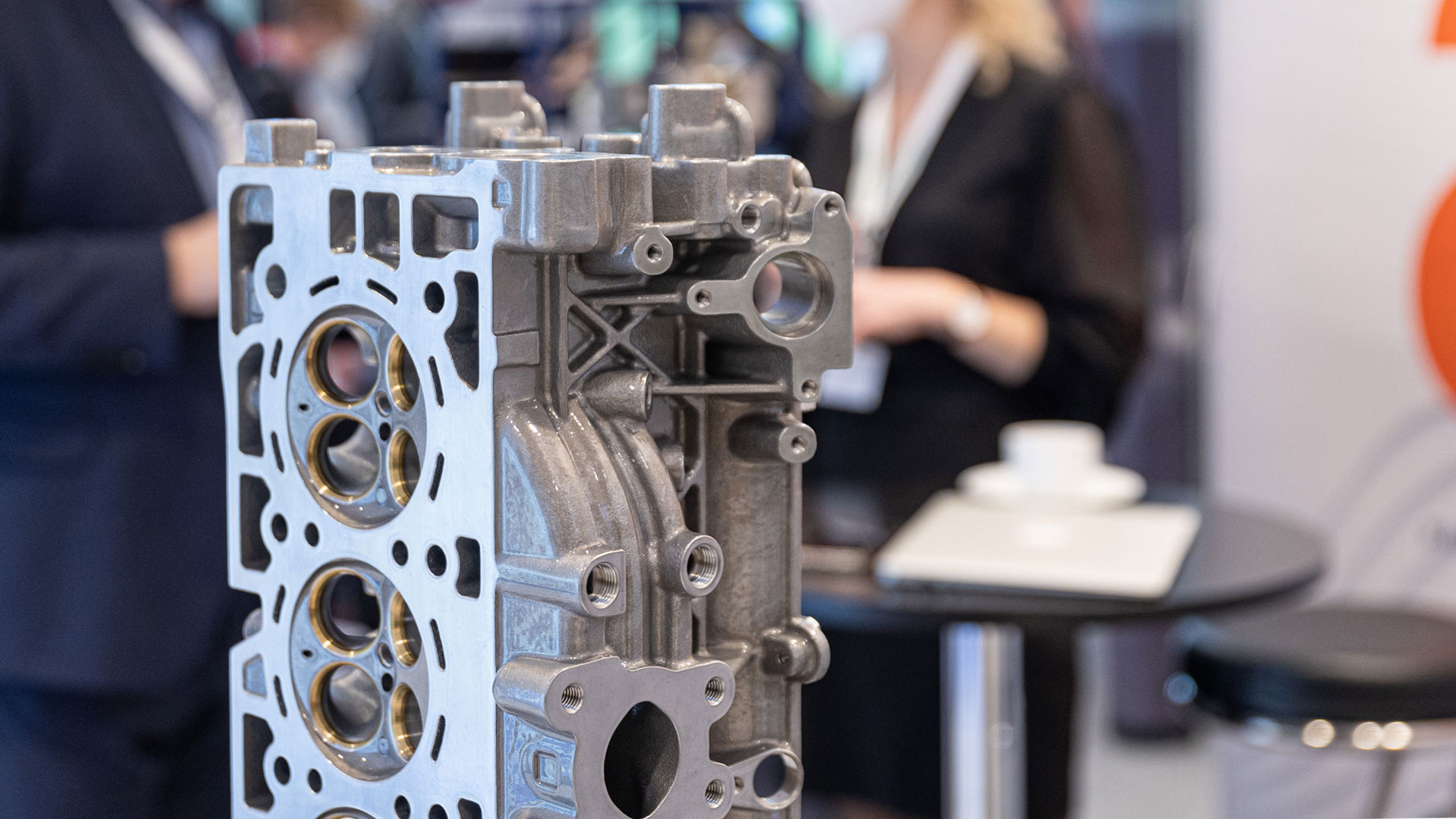 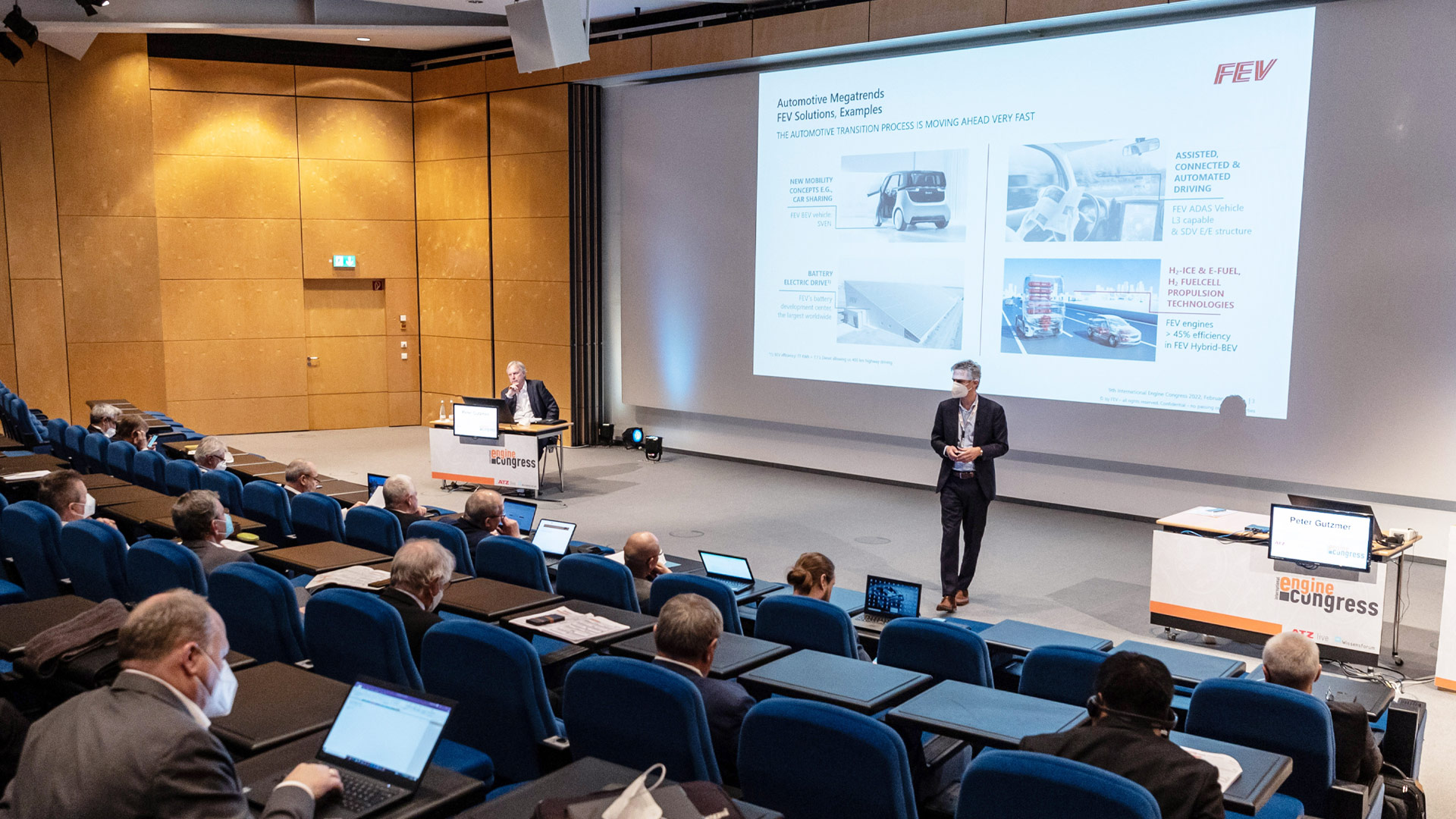 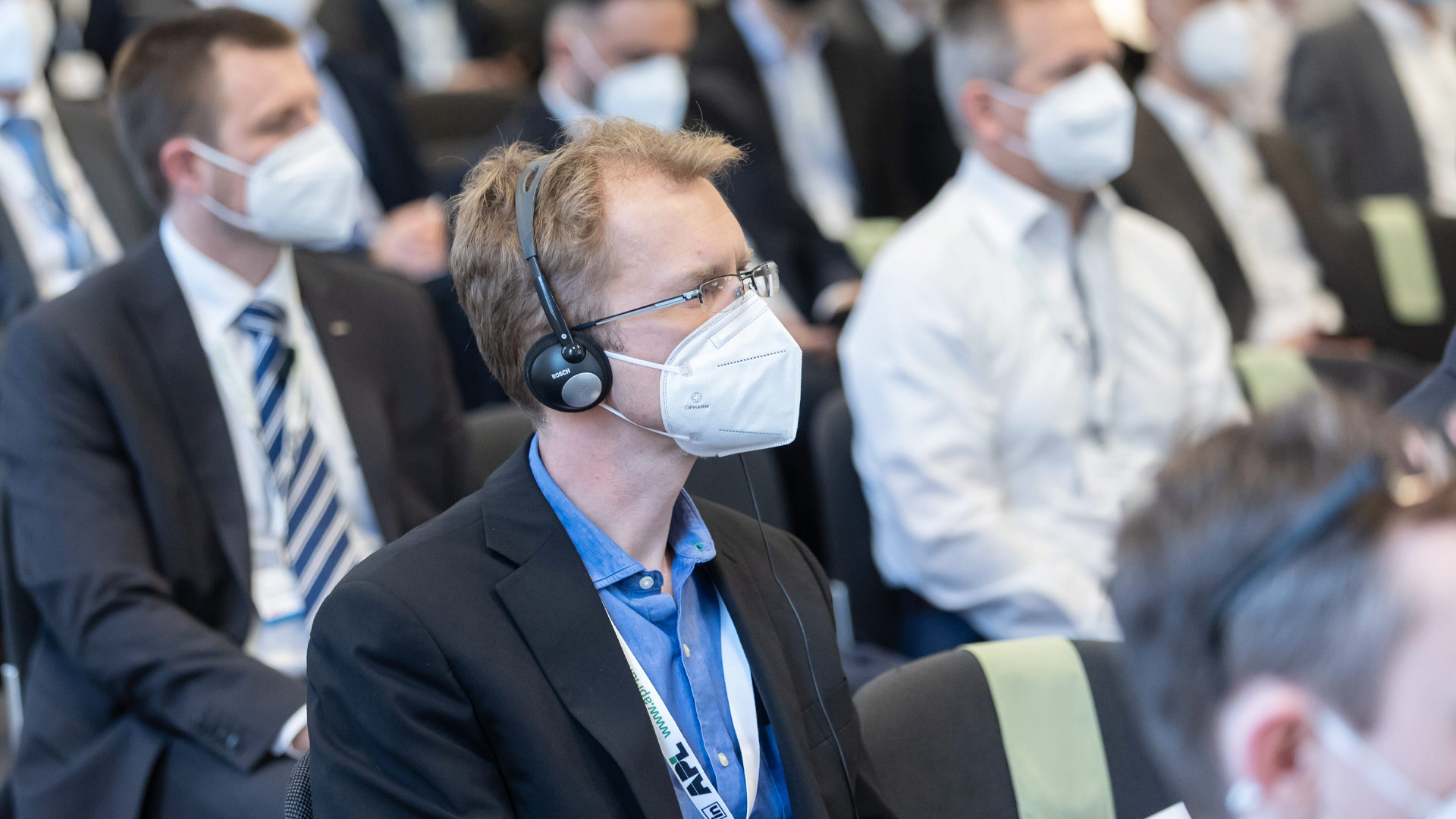 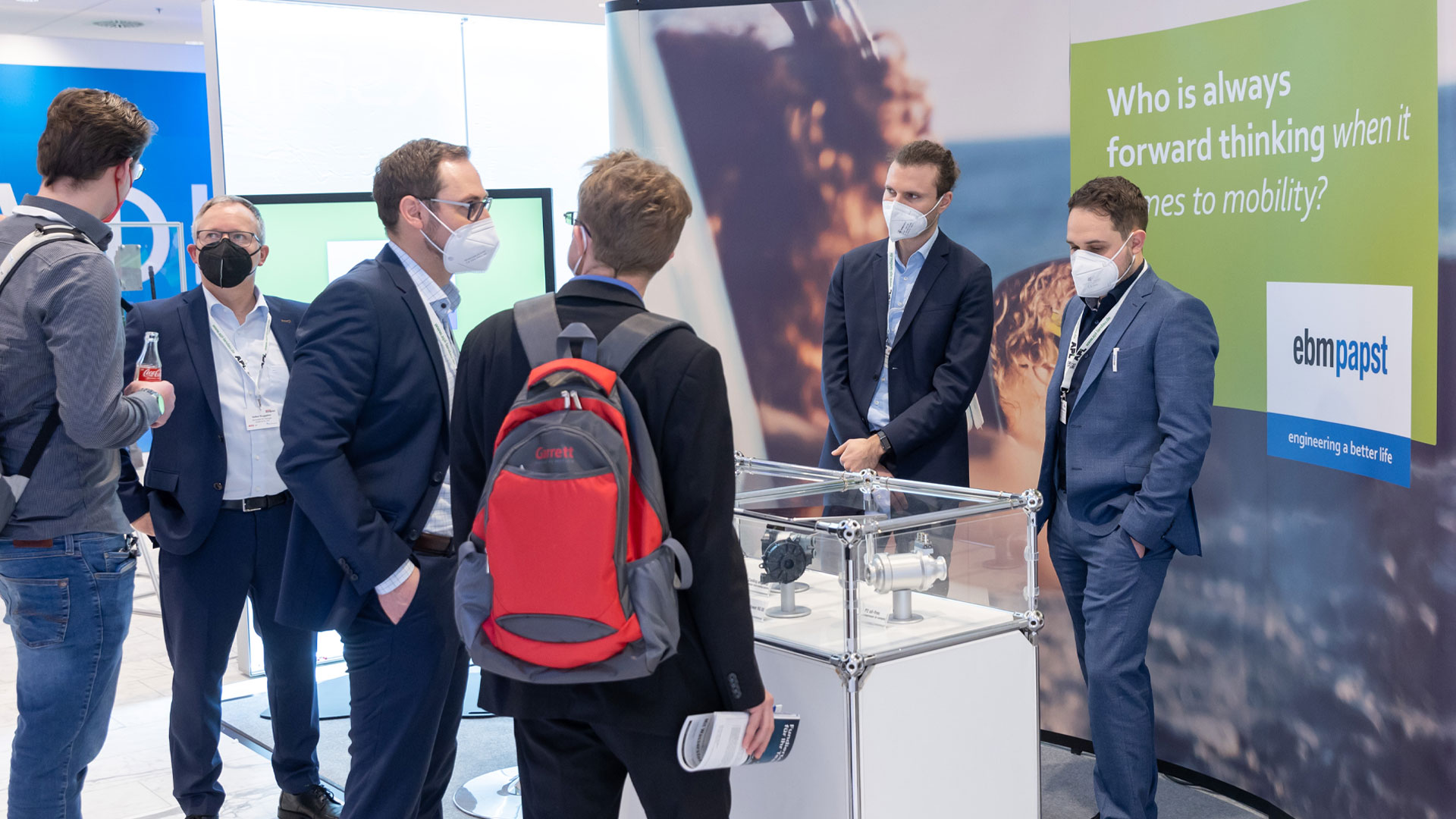 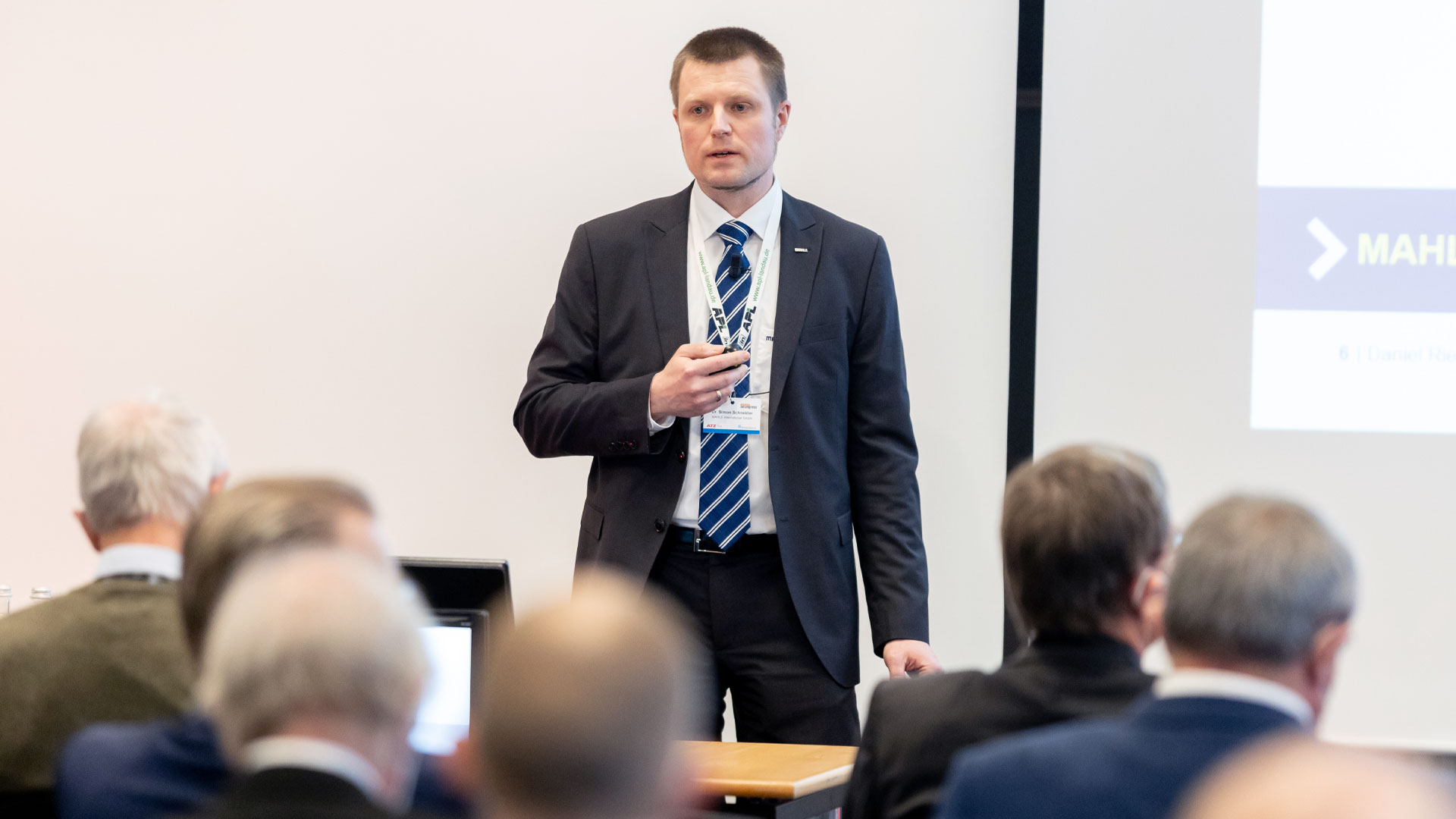 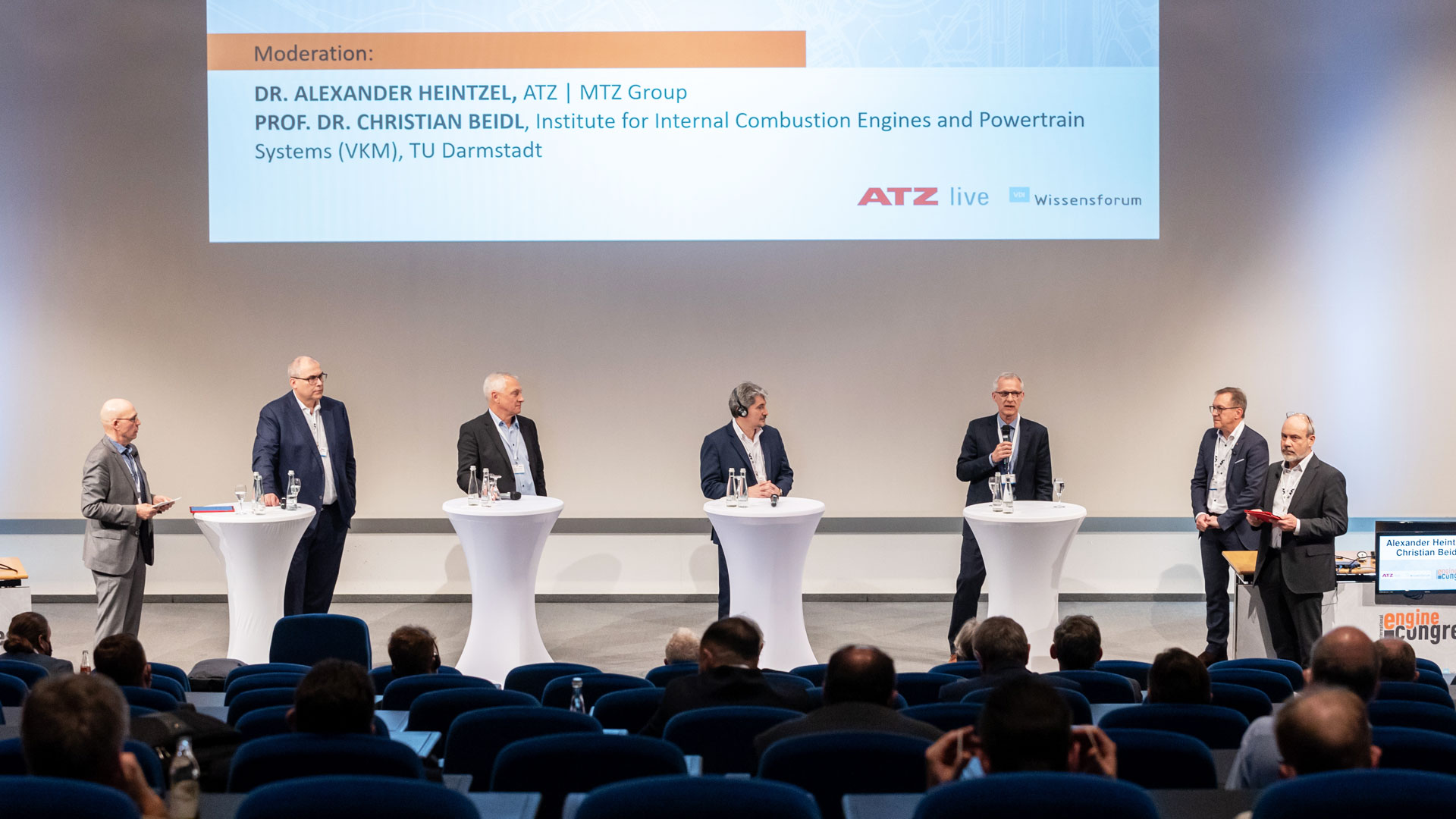 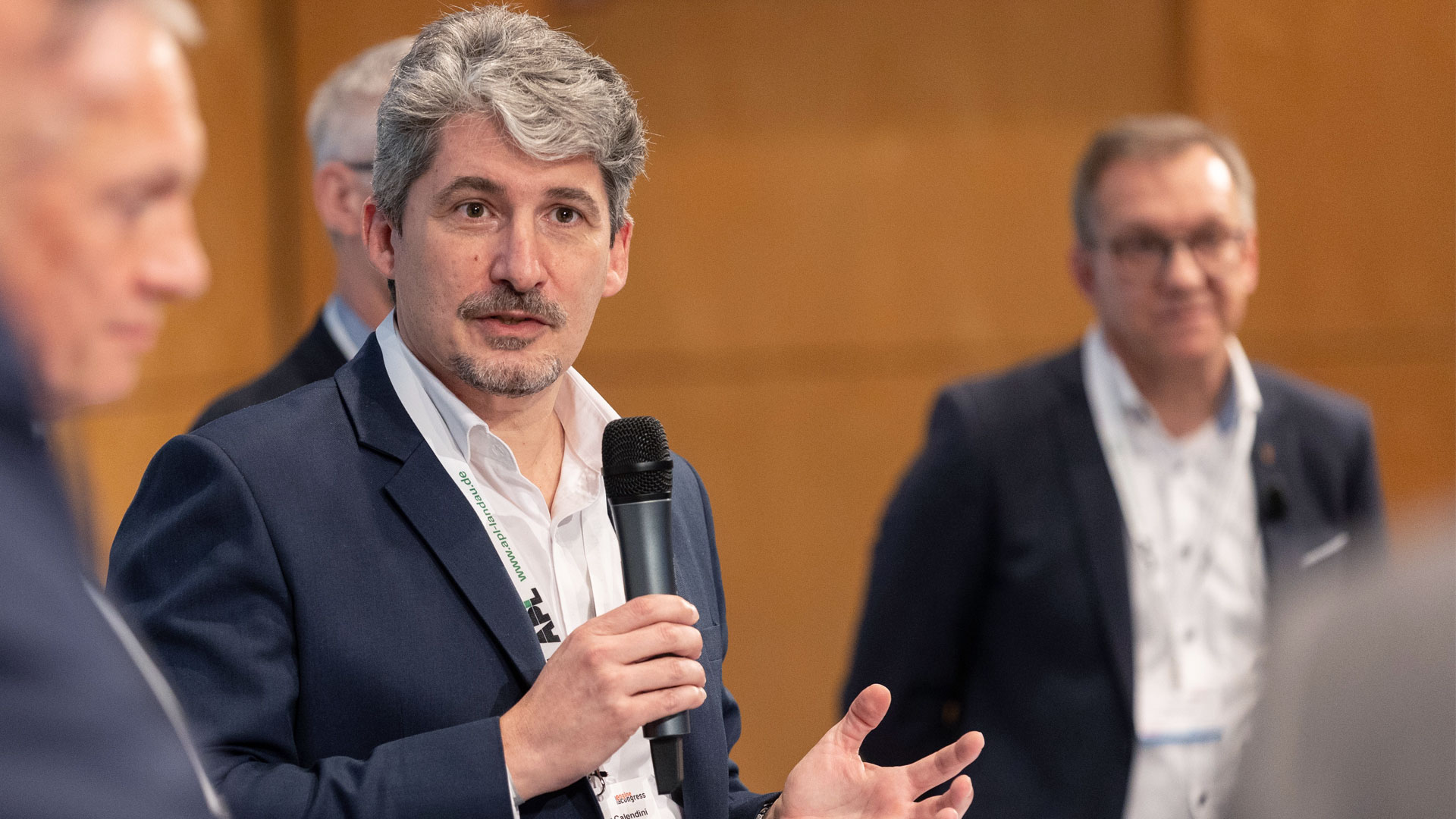 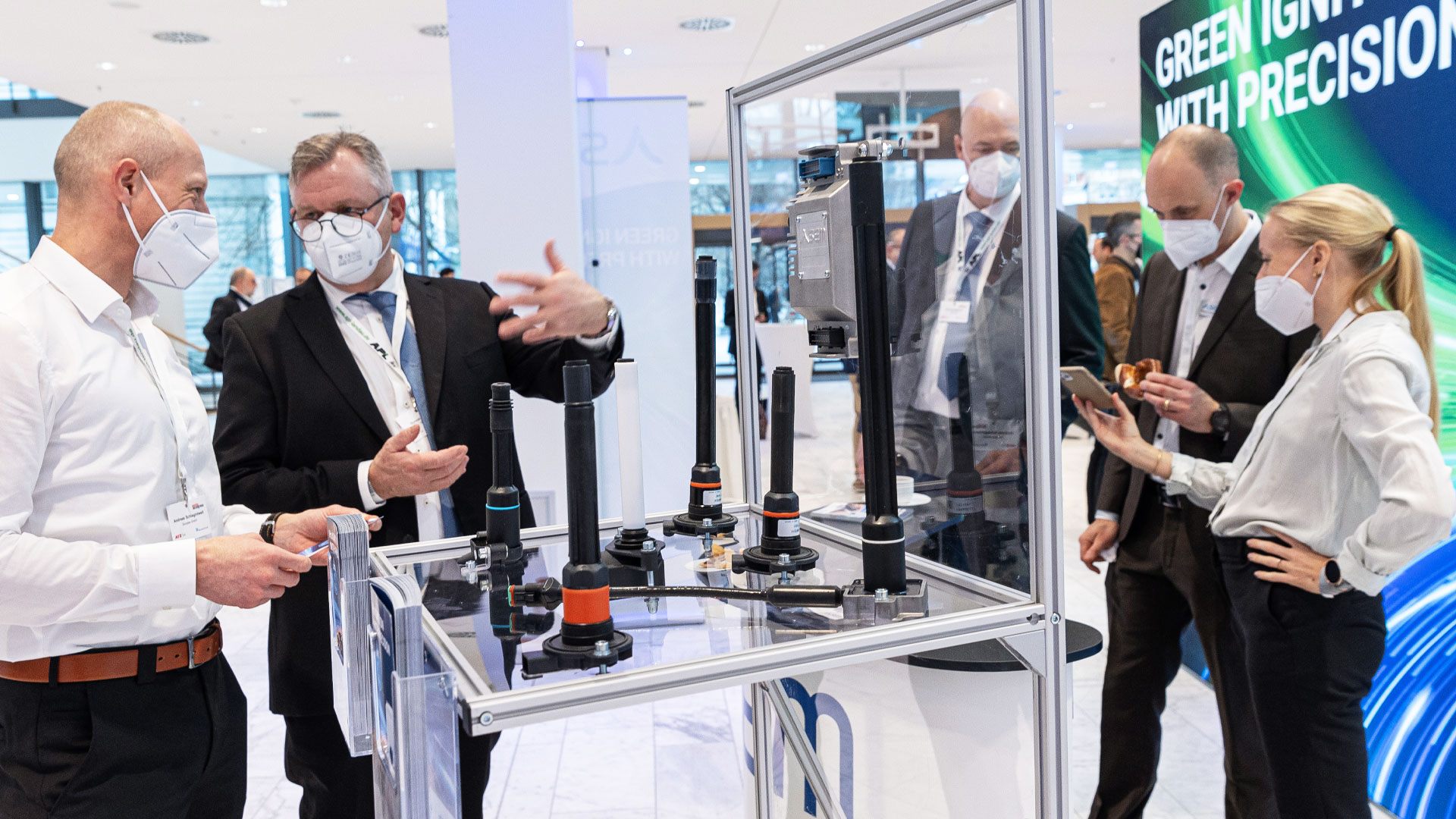 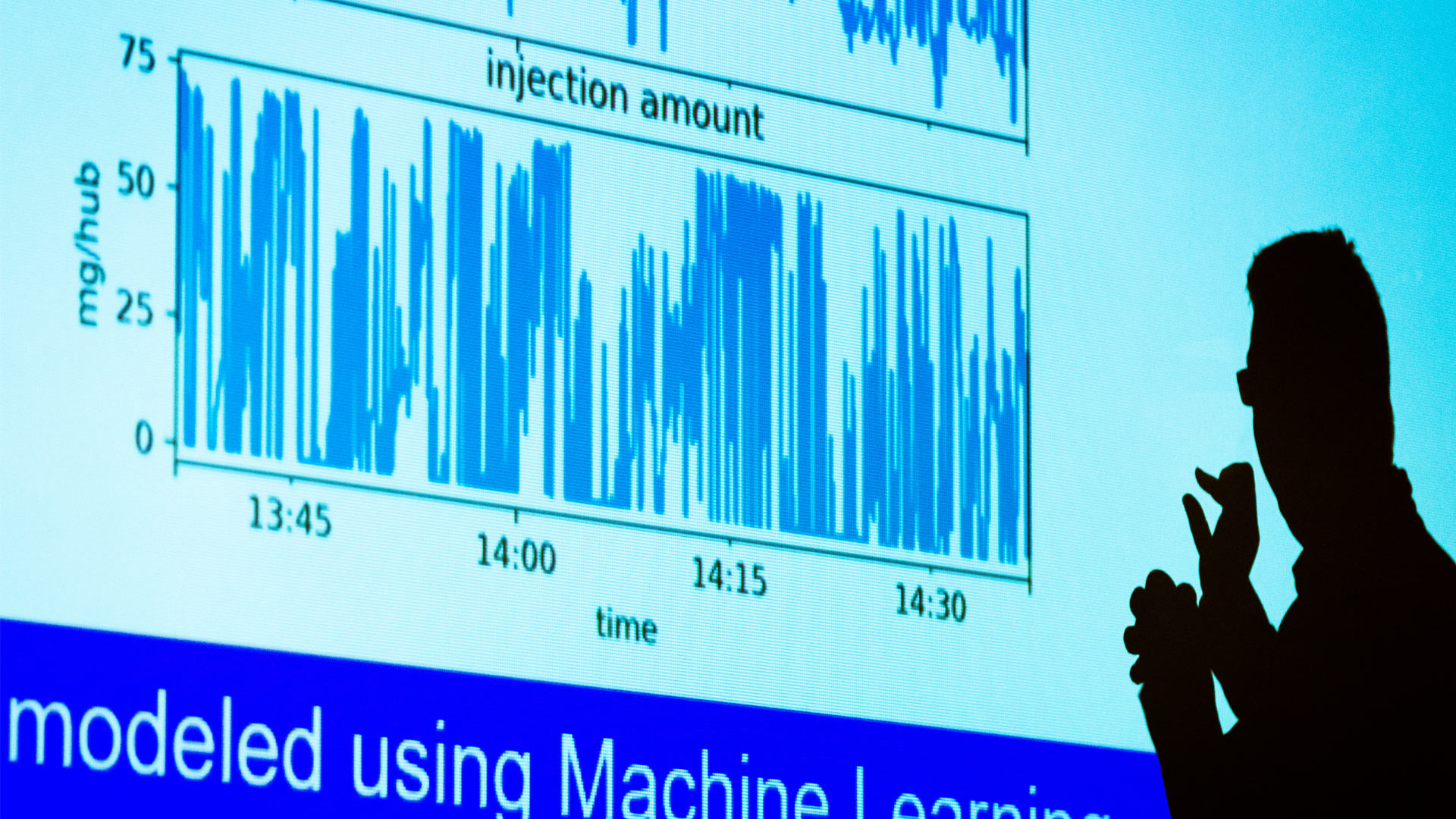 Please enter your username or email address. Instructions for resetting the password will be immediately emailed to you. 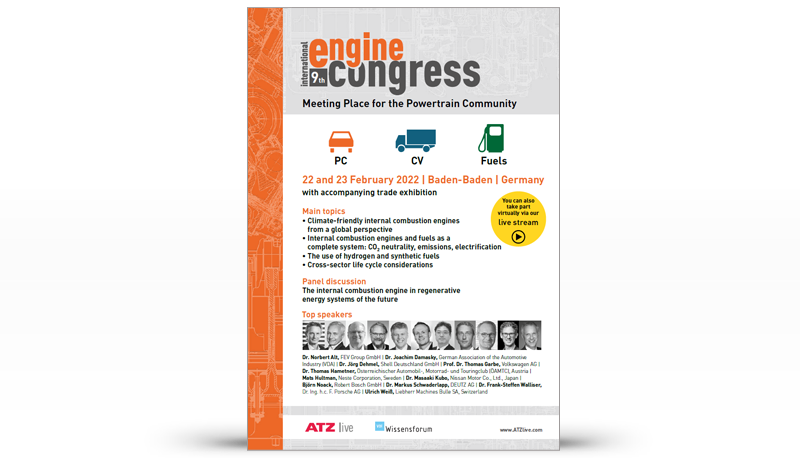 Voices from the International Engine Congress 2022

The 9th International Engine Congress took place on February 22 and 23 as a hybrid event which offered the option of attending online or in person in Baden-Baden. Experts from industrial companies, research institutions and industry associations discussed the key issues relating to the role of the internal combustion engine in a climate-neutral future.

GUTZMER _ It was really good to be able to meet face-to-face again and also worth-wile, since the opportunity to join in what are sometimes controversial discussions with colleagues alongside the presentations is part and parcel of an event like this. It is true that we can work online, but the way that ideas are shared has a very anonymous feel.

We had some very open debates at this congress about the key themes of climate action and the transport transition. It became evident that the transport transition is not the same thing as electric mobility, but as energy transition, as it is a move away from the use of fossil fuels. We need to make this fact much clearer to the public, politicians and the leaders of industry. Yes, we have to defossilize. This means we must stop using fossil fuels as quickly as possible, despite the fact that they are what has brought us our prosperity and freedom of movement and that without them many sectors of industry and our current forms of transport would not have been possible at all. Based on renewable energy generation, electrification is clearly a path that no one questions. However, the direct use of electricity from batteries in individual vehicles is not the only way for us to proceed and not the right solution for everyone. The progress we are making with replacing existing vehicles and developing the infrastructure that we will need is much too slow. Relying only on this is obviously not sufficient to bring about a significant drop in CO2 emissions, meet the temperature targets and take effective action to protect the climate on the basis of the goals laid down in law. One single solution is not enough, in just the same way as the focus on the tank-to-wheel evaluation is inadequate. Especially in the political assessment, too little attention is being paid to the comprehensive holistic approach to the residual budget of the still permissible global CO2 emission to the 1.5 degree target. We have acknowledged that, in the light of all of this, it is much more important to make the huge number of existing vehicles part of the solution by running them on electricity- and biomass-based fuels, and not reserving these fuels only for aviation and shipping. Germany cannot become energy-independent and even Europe will have difficulty in doing so. We will still need to import energy and we will require a variety of other defossilized fuels in liquid or gas form along side hydrogen for a wide range of applications. The most useful energy converter in this respect is not an electric motor but an internal combustion engine.

I would like to emphasize once again that we are not calling electric vehicles into question, but they will not be enough, even with increases in efficiency, to meet the climate targets in Germany and in Europe as a whole at the pace that is urgently needed while also covering the full range of different applications and gaining widespread customer acceptance. In addition, we will not survive in the competitive global market if we put all our eggs in one basket, even if some believe this from their simplistic perspective. Innovative solutions do not come out of bans or one-sided subsidies, but out of technological competition within a corresponding legislative framework. We need pioneers to take action as Porsche and also Bosch, VW, Shell and Neste have done.

BEIDL _ A diverse range of powertrains is more urgently needed in the commercial vehicle market than anywhere else. Hydrogen, e-fuels and biofuels, synthetic methane, ammonia and, of course, electricity are essential for the many different purposes that these vehicles are used for. As a rule of thumb, the shorter and more predictable the journey, the more likely it is that pure electric vehicles will be suitable. On long-haul routes, the increased cost and weight of an electric powertrain with batteries and the resulting rise in the TCO will make the use of electric vehicles difficult. And we have not even mentioned the development of a separate charging infrastructure with super-fast chargers. In aviation and shipping, technology paths other than electrification are being pursued, at least in the medium term. The same goes for the off-highway industry where the energy supply is often brought to the vehicle rather than the other way around. Here manufacturers and operators are skeptical about whether full electrification could ever be successful, despite the huge commitment and the broad range of imaginative ideas. Deutz, for example, is developing its own large batteries and, depending on the locations where the machines are used, is also relying on converting hydrogen back into electricity to supply construction machinery with energy. The machinery manufacturer Liebherr is attempting to tailor the applications and the powertrains to the customer which involves the not insignificant risk of having to provide all the possible energy conversion concepts simultaneously and in small numbers. It is clearly evident that future engine development will be very much shaped by the area of tension between emission regulations and usage requirements. One example is the intensively discussed hydrogen engine, which will be an essential component for implementing the hydrogen strategy in the commercial vehicle sector. Remarkable progress was presented here.

DUMS _ We cannot wait – this was the industry’s credo in the Fuels section of the congress. That is why a number of companies are creating facts, even though the legislation still lacks the much-needed reliable guidelines. The presentations included some examples of self-initiated productions of climate-neutral fuel. Neste has set up its own HVO production facilities with a significant capacity, together with fuel stations in northern Europe. Porsche will soon be opening a plant in South America that will produce admittedly relatively small volumes of methanol from wind energy, electrolysis and atmospheric CO2, but there are already plans to scale up the facility. Shell is transforming the Energy and Chemicals Park Rheinland into a production plant for sustainable fuels and substitutes for the chemical industry. And Volkswagen is increasing its efforts to bring R33 diesel and Blue Gasoline onto the market in larger quantities. The CO2 reductions achieved, however, are currently only insufficiently recognized or funded, despite the fact that universities, industry associations and research institutions agree on one thing: Even if electric vehicles are a complete success and the regeneration and all the new cars fulfill the enormous expectations, we will still fail to meet our climate targets by a long way, which is a gap that can only be closed by the existing fleet. Several research studies are looking at precisely this gap, which could be closed by adding 40 % renewable fuels to the conventional fossil energy sources. These mixed fuels would have to comply with the existing standards for diesel (EN 590) and gasoline (EN 228) in order to be used in current vehicles. For synthetic diesel fuels such as HVO, the EN 15940 standard must be recognized. According to the Karlsruhe Institute of Technology (KIT) and other organizations, this is a problem that can be solved. Then all that will be needed for the approval process is the political will.